Originally designed by Goodwin Watson and Edward Glaser, The Watson-Glaser Critical Thinking Appraisal (Form AM) was a measurement of “how well you are able to reason analytically and logically.”

After their extensive use during World War One, experts increasingly used the tests as a tool to rank and filter individuals in contexts including (but not limited to) education and employment.

In this article, we’ll be providing you with an overview of The Watson-Glaser Critical Thinking Appraisal, its test format, and question examples for your practice.

What is a Watson Glaser test?

The Watson Glaser Assessment (Watson Glaser Critical Thinking Appraisal) is designed by Pearson Talentlens – a part of the famous Pearson education publishing house. The assessment is a quick, consistent, and accurate measurement of the test-takers ability to analyze, reason, interpret and draw logical conclusions from written information.

The test is administered to appraising adults (16 years and above) with questions of varying difficulty and format.

The Watson Glaser Critical Thinking Appraisal is a timed test. It can be administered both online and offline, depending on the company you are applying to.

For the online version (W-G III), the test is suitable for the unproctored screening of job applicants. Questions are selected randomly from a larger pool of questions called “item bank”. This helps minimize the possibility of cheating due to the fact that there are no applicants having the same set of questions.

For the offline version (W-G II Forms D and E), applicants have to take the test under supervised conditions.

Upon finishing, applicants receive a percentile score with norm groups either provided by Pearson Talentlens or designed by the company.

Popular test formats are as follows:

The question distribution in a 40-question Watson Glaser test includes the following:

Five types of questions appearing in the test are You will find five choices of answers for each inference in the question: True, Probably True, Insufficient Data, Probably False, and False. Your job is to determine which choice best fits the hypothesis. Unlike popular aptitude tests where you use solely given information, this test allows the use of specific commonly accepted knowledge or information that practically every person has.

During the past month, managers scheduled for international assignments voluntarily attended our company’s cross-cultural business training workshop. All of the managers reported that the quality of the training was high and focused on valuable work skills that could be immediately applied.

The majority of training was devoted to rules and regulations for doing business in this country.

Explanation: Probably False because the training focused on cross-cultural business. It cannot be considered definitely false because the specific course content is not provided.

Chamonix is one of the oldest ski resorts in France. Last year, the Chamonix-Mont-Blanc Valley authorities introduced a climate and energy action plan, the first in the French Alps. The plan commits to reducing greenhouse gas emissions in the area by 22 percent. Among the proposed measures is a ban on the most polluting lorries using the nearby Mont Blanc tunnel. Climate change will have a major impact on the valley’s main economic activities: less snow on low-altitude ski slopes and the risk of increased pressure on high-altitude ski slopes have been recorded in recent studies. Natural habitats, river patterns, forests, and agriculture might be radically transformed, increasing the likelihood of hazards such as avalanches, floods, and landslides.

Although air quality is a great concern for those living at the foot of Mont Blanc, noise pollution is arguably the most noticeable at a local level.

Explanation: The passage does not mention noise pollution, as well as its existence at local level. 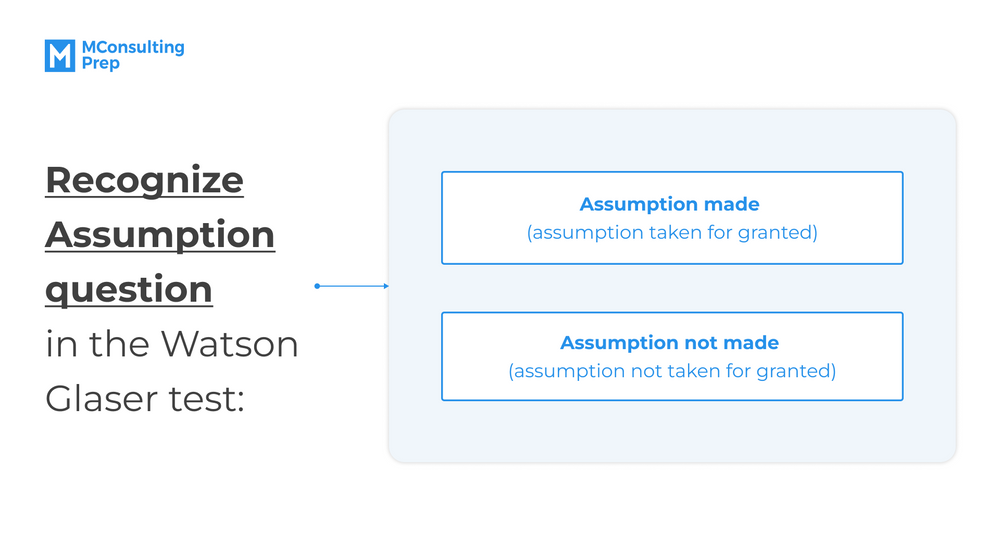 We need to save time in getting there so we’d better go by plane.

There is a plane service available to us for at least part of the distance to the destination.

This is assumed in the statement because, in order to save time by plane, it must be possible to go by plane.

While owning a pet can be expensive and is occasionally an inconvenience, it’s a good thing to do if you want to improve your chances of living a satisfying life.

Pet owners will always lead more satisfying lives than those who don’t own pets.

Answer: Assumption not made

having a pet is a way to live a satisfying life. 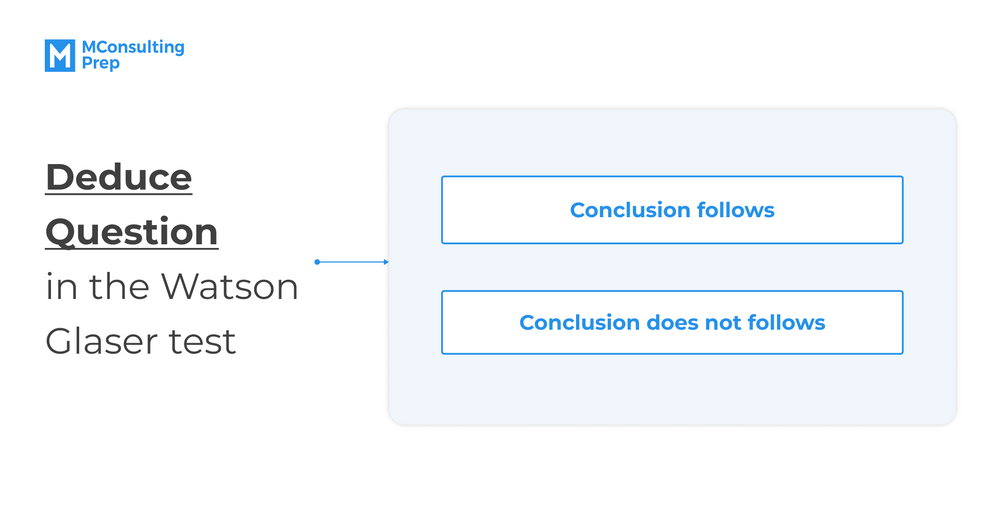 In this type of question, each item contains several statements (premises) followed by several suggested conclusions. For the purposes of the test, you must consider the given statements as true without exception. The question presents you with two options

Since the test requires you to regard given statements as completely true, you have to try not to let your common sense and existing knowledge interfere. You have to stick to only the given statements (premises) and make judgments as to whether it necessarily follows from the statement or not.

One thing to note is the use of the word “Some” in this type of question. It means an indefinite part or quantity of a class of things. It can be either a portion or perhaps all of the class.

Some Sundays are rainy. All rainy days are boring. Therefore …

Some Sundays are boring.

The conclusion necessarily follows from the statements because, according to them, rainy Sundays must be boring.

Damage to roads in the area has made them unsuitable for loads over one ton. These loads are being transported to the capital by air, but as air resources are limited they are restricted to carrying food and medical supplies. Roads cannot be repaired until medical emergencies are dealt with. Therefore, …

Food can be taken to the capital by road. You have two answer choices:

As a rule of thumb, you should judge each conclusion independently from your common sense or outside knowledge.

Vocabulary is slowest during the period when children are learning to walk.

The conclusion does not follow because there is no information given that relates the growth of vocabulary to walking.

An accounting computer program, MagicNumber, is Wisdom Software’s biggest-selling product, with its development involving 20% of programmers and 30% of marketing staff. DesignAid, a graphic design program, is the latest offering from the company. It is definitely expected to sell more copies than MagicNumber and will have fewer programmers working on its design, but more marketing staff.

DesignAid will bring in greater profits for the company than MagicNumber. The question involves distinguishing between strong and weak arguments, as far as the question at issue is concerned. In each question, there is a series of arguments that you must regard as true. Your job is to determine whether or not each of these arguments is a strong or a weak one.

For an objective evaluation of the argument, you must judge each argument independently on its own merit, without the influence of your personal perception.

One thing to note is the use of the word Should. By using Should at the beginning of each question, it means “Would the proposed action promote the general welfare of the people in your country?”

Should young adults in this country go to university?

No; a large percentage of young adults do not have enough ability or interest to derive any benefit from university training.

If this is true, as the directions require us to assume, it is a weighty argument against all young adults going to university.

Is it worthwhile for a business to invest in training employees?

Yes, research shows the amount of money spent on training is positively related to profitability.

The explanation show that business can increase their profit by invest more money on training. This is a direct back up evidence for the claim.

Which companies use Watson Glaser tests?

Watson Glaser Tests are popular in the pre-employment process across sectors such as medical, marketing, education, legal, and professional services. The test can be used for different job levels like Graduates, Execs and Managerial, Supervisors, and Professionals., depending on the company hiring request.

There are a great number of UK companies using it for their pre-employment screening process. The names include the following

Prepare for aptitude tests with MConsultingPrep

A comprehensive explanation of every question

You’ll be practicing more strategically with our test packages, to gain more confidence for every test question you might experience in your future aptitude tests.

Our massive question bank consists of a significant number of question variations from many test publishers and companies, across different companies & businesses.

With questions organized by type, you can leverage your preparation by

Improving your performance in questions that you struggle with

With evaluation tools coming in handy, you have better insights into your overall performance, what you excel at, and what you need improvements on.